Founded in 2010 by Mr Abhishek Jaiswal and Mr Himanshu Rauthan, CEDCOSS is a Community Engaged in Development and Customisation of Open Source Software.

The microblogging platform introduces the feature to write a long-form of article! Named as Twitter notes, twitter takes a step ahead and announces a note feature on its platform where writers can now write long articles too!

Twitter is well known for its micro-blogging feature. A Tweet cannot be more than 280 characters. Being the USP, the platform achieved marvelous heights and attract the social media users to make a shift on this platform globally.

Soon after the announcement was made, the platform cleared that initially, they will be running a beta version for the testing of this feature.

For this, Twitter has given access to a few of the writers who will be helping them in running the notes section and finding that it does not have a loophole both from the front end and from the back end!

Once, it is tried and tested, it will be globally launched.

The beta version is available only in a few regions right now namely,

As it is still under the trial mode, therefore to experience the notes feature, you need to

On the first day when it was implemented, twitter also, re-shared some of the notes. But, they will be visible only in the accessible areas for now.

You, being in that region, want to know who are the writers allotted, then here are the names

So, you can find the notes here!

New things always create a lot of curiosity. So, just hop on and chill, we are going to explain all about the notes here.

So, Notes will be having a separate section in the window. The side window will have a section named “Write”. By clicking on that, you will be able to write your notes. It will appear like this

We already know that Twitter has a character limit of 280 characters for a tweet. In order to give a better and long-form experience to the writers, Notes will have the following limit

Features of the Notes

Which can be embedded in the notes.

Once the notes are drafted, they will be published and will be available in your Home Timeline. The notes can be repurposed by

Notes will have a unique URL. This means they can be visible to the public outside the Twitter platform also and to the ones who dont have an account on Twitter too.

So, this is COOL! You dont have to log in, you dont need to have an account and can go through the valuable drafts you wish to go through!

This gives an extra edge and authority to Twitter Notes!

The Notes will have an edit option too after even it is published. This will add extra benefits like

Apart from all this,

So, you get a complete set of all the required features in the Notes section!

Bringing in this feature does not mean that Twitter is looking ahead to make a shift towards the long form of content. The tweets and the notes will go hand in hand. To magnify the experience of the Twitterati, notes have been taken into consideration.

So, both the options available, chill and explore what you want!

Finding Learning and adapting to change is the foremost thing in all the patterns whether it’s your life, your business, your job, or anything you do! Keeping the same, Twitter initiated with the Twitter Notes!

How will it perform is a question which has its answer in the future. But, likewise the current scenario, it will be a great entertainer.

More updates will be shared soon, once it is accessible in our region too! Hopefully, Wish to see it soon Twitter!

People, for more such tech trends and updates, VISIT US.

For connections, you can come down to the comment section and also connect with us directly. 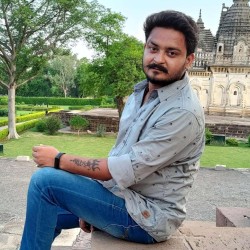 Kartik is a Focused millennial! Believes in the more you read, the more you know, and the more you become. Visionary about visualizing the diverse perspectives of the creative world and showcasing them in the garland of words!

What is the importance of a HUMAN RESOURCE?

How we wrote the multivendor success stories!

We use cookies on our website to give you the most relevant experience by remembering your preferences and repeat visits. By clicking “Accept All”, you consent to the use of ALL the cookies.Read cookies policy here.

This website uses cookies to improve your experience while you navigate through the website. Out of these, the cookies that are categorized as necessary are stored on your browser as they are essential for the working of basic functionalities of the website. We also use third-party cookies that help us analyze and understand how you use this website. These cookies will be stored in your browser only with your consent. You also have the option to opt-out of these cookies. But opting out of some of these cookies may affect your browsing experience.
Necessary
Necessary cookies are absolutely essential for the website to function properly. These cookies ensure basic functionalities and security features of the website, anonymously.
Functional
Functional cookies help to perform certain functionalities like sharing the content of the website on social media platforms, collect feedbacks, and other third-party features.
Performance
Performance cookies are used to understand and analyze the key performance indexes of the website which helps in delivering a better user experience for the visitors.
Analytics
Analytical cookies are used to understand how visitors interact with the website. These cookies help provide information on metrics the number of visitors, bounce rate, traffic source, etc.
Marketing
Advertisement cookies are used to provide visitors with relevant ads and marketing campaigns. These cookies track visitors across websites and collect information to provide customized ads.
SAVE & ACCEPT